About the Battle of the Mesh Organisers

Freifunk.net (German for: "Free radio") is a non-commercial open initiative to support free radio networks in the German region. Freifunk initiatives exist in many German cities and villages. There are too many to list them all here and their size and level of activity does vary a lot. You might want to look at this page: https://freifunk.net/community

Freifunk.net is part of a international movement for free (as in free speech and in free beer) wireless computer networks. Freifunk has been active with regards to the developing world and in the evolution of mesh routing protocols, open firmware and ad-hoc driver support for wireless cards in Linux.

In 2003 Freifunk started to experiment with mesh networking in Berlin. In the very beginning the mesh experiments were based on the proactive mesh protocol Mobilemesh. In order to support more operating systems Freifunk switched to OLSR RFC3626 in 2004, since there were a number of implementations offering support for other OSes besides Linux. In 2004 Freifunk took OLSR RFC3626 for a large mesh test on the conference Wizards of OS III, involving participants laptops as mesh nodes. The test exposed a number of severe problems. The wireless driver support was very buggy and unstable, causing frequent ad-hoc cell splitting. OLSR RFC3626 didn't perform well.

One major problem of OLSR RFC3626 was the lack of a reasonable metric. So developers from Freifunk Berlin added ETX to the OLSR implementation of Olsr.org. Other protocol modifications addressed routing loops, route flaps and route breakdowns. By the beginning of 2005 the Olsr protocol shipped with the Freifunk firmware had become usable for productive use and some hacks of the Broadcom driver solved the cell-splitting problem for Broadcom-based embedded devices like the popular Linksys WRT54GL. As the mesh technology had become more and more usable, multipoint-to-multipoint mesh networking became the de-facto standard of operation in Freifunk community networks, and the modified OLSR daemon available from Olsr.org became popular for mesh networks worldwide. In 2006 Freifunk developers invented the B.A.T.M.A.N. mesh protocol algorithm. Since 2006 active mesh protocol development at Freifunk is mostly concentrating on the evolution of the B.A.T.M.A.N. protocol.

Funkfeuer is a free wireless community network in Austria (Vienna, Graz, Bad Ischl, Weinviertel). It has a couple of hundred roofs in each city and around 500 devices (mesh devices) in Vienna. Funkfeuer.at started in 2003 and has developed in parallel to the Freifunk Networks in Germany. Due to the same language in Austria and Germany, a lot of mutual exchange happened between these networks.

Funkfeuer started the OLSR-NG project (http://www.olsr.org) which expanded the capabilities of the OLSR (RFC3626) mesh routing daemon and made it highly scalable.

Finally, Funkfeuer has it's own server colocation center which is connected to the Vienna Internet Exchange (VIX) and runs on public IPv4 and v6 space.

Ninux.org is a wireless community network based in Rome, that aims also at promoting the free networking culture in Italy.

More info can be found at http://ninux.org and a map of the network can be seen at http://map.ninux.org. 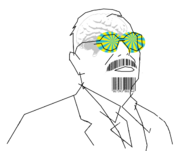 hackerspace brussels is located in the north of Brussels, Belgium; we're keeping our local space afloat - providing infrastructure, for all who want to hack around with open and closed hard- and software, sharing know-how & culture. we organized the second Wireless Battle Mesh edition.

/tmp/lab is the Paris hackerspace located in Vitry (East suburbs of Paris) working on wireless protocols, FPGA OpenHardware implementation and RepRap improvments. The /tmp/lab organized the HackerSpaceFestival and the first WirelessBattleMesh.

guifi.net is a telecommunications network, is open, free and neutral because is built througha peer to peer agreementwhere everyone can join the network by providing his connection, and therefore, extending the network and gaining connectivity to all.

guifi.net is owned by all who join.

Is a collaborative project horizontally managed composed by individuals, organizations, enterprises, education institutions and universities and government offices. Is open so everyone can participate in same terms and conditions within the scope of the Wireless Commons. 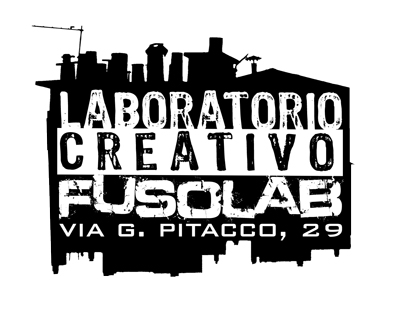 Fusolab is an association born in 2006.

The main target of all the activities, and the association's aim is to develop and spread a critical vision, opposed and alternative to the mainstream social, cultural and economic model through the sharing of spaces, knowledge and tools, implementing it through analysis, research and direct action in the following fields: cultural production (music and art), ethical consumerism, environmental sustainability, information and communication media, active participation in the local area's cultural and social life, inter-culture, access to knowledge, education.

More infomration about Fusolab can be found at the website: http://fusolab.net 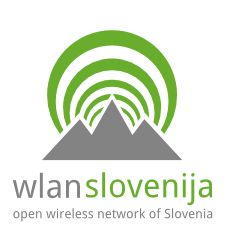 wlan slovenija is an informal country-wide initiative from Slovenia which works mainly on building open and free community wireless networks in a bottom-up approach, encouraging people to build their common network with use of their own common computer network infrastructure, mostly using consumer products.

The main goal of the initiative is to encourage people to participate in building a common, open and free country-wide computer network for all. To be able to reach this goal we are actively educating and helping people participating, but to be really successful we have started developing versatile open source applications which help with different aspects of deploying, running and maintaining such a network. Flagship application of wlan slovenija development is called nodewatcher and it is an open source system for easier planning, deployment and maintenance of the network. It is a centralized web user interface which enables easier coordination and planning of a network with monitoring at the same time. Furthermore it is also a web based image generator that generates a customized image for a given network node, so no node configuration after flashing is necessary.